Homecoming Praise: An Intimate Celebration of Worship and Fellowship

Music provided to allow local churches to have their own Homecoming Evening. Selections include Turn Your Radio On, I feel Like Traveling On, Goodby World Goodby, I’ve Been With Jesus and more. 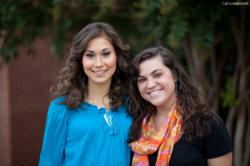 Two Liberty University Center for Music and Worship students will have their talents featured on the soundtrack for the upcoming film Finding Faith.

Senior Katelyn Scotts song, Safe in Your Arms, was selected by the films producers as the winner of a contest for Libertys songwriting specialization students. Senior Stephanie Bettcher, who starred as the films title character, Faith Garrett, will be singing the song.

Finding Faith is being filmed in Central Virginia, with Lynchburg as its hub. It aims to educate families on the importance of Internet safety through a powerful drama based on the real-life story of a girl who was abducted after falling prey to a skillful online predator. It is inspired by the experiences of Bedford County Sheriff Mike Brown, who headed one of the nations first Internet Crimes Against Children task forces.

The film is presented by the Safe Surfin Foundation, and stars Erik Estrada, a Hollywood legend and activist best known for his role on the 1970s and 80s television series CHiPS.

Liberty and Thomas Road Baptist Church have been at the heart of this project since the beginning, offering support and personnel for every stage of production.

Dean Haskins, Finding Faith co-executive producer, music director, and composer, said the production team decided to hold the contest because of the deep talent pool Libertys worship center had within its songwriting specialization.

Songs that are used in conjunction with the movie need to fit the feel, the message of either of the entire movie or a specific scene, Haskins said. When we zeroed in on Katelyn Scotts song, Safe in Your Arms, we all realized right away, this message, this song, truly fits the heart of this movie.

Scott said she began writing the song to encourage a friend who was going through a difficult time before she knew about the contest. As the song developed, she heard about the opportunity and instantly knew it would work for the part.

I just took that song and kept going with it, and prayed through it, she said.

Through a beautiful melody and powerful lyrics, Safe in Your Arms, reassures the listener even in the most trying circumstances God is always there, He never abandons us, and He gives strength and hope.

This message resonates with Bettcher, and also applies to her character, Faith, who even after being abducted by an Internet predator, learns to rely on God through hardship, as does her devastated family.

Haskins has his hands full with the project. In addition to writing the films original score and serving as an executive producer, he is directing the films soundtrack, which will feature songs by popular Christian artists Avalon and Jason Crabb, as well as recording artists familiar to Liberty, such as alumnus Guy Penrod, Charles Billingsley, and alumnus Justin Kintzel, Libertys worship pastor.

Red Tie Music will produce Scotts song, as well as those by Billingsley and Kintzel, for the soundtrack.

Libertys worship center, housed within the new School of Music, offers specializations in songwriting and Christian music artist development, for those, like Scott and Bettcher, who have aspirations to write music or work as recording artists.

Finding Faith, is set to release sometime in 2013, following a screening tour at churches across the country, beginning at TRBC Jan. 19.

Read more about Libertys involvement in the project in a Liberty News article.