Promise Land (The Lost Lyrics to the Hokey Pokey) 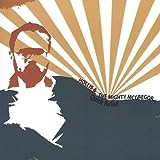 From the imagination of sisters Isabella and Irena de Wardin comes the tale of The Humming Bird, a story set in the fictional nation of Voskia wracked with political turmoil. It covers the life and times of Maria Langlord, a daughter of a noble family, as she strives to escape the shackles of a planned marriage with the hilarious, buffoonish, perverted and elderly Lord Byronaless. The appearance of a wild gypsy violinist and buffoonish Byronaless triggers Marias wish to know the world around her and join a revolutionary struggle against a fascist force threatening Voskia.

The story begins in the newly democratized nation of Voskia, during a time of great upheaval. After four years of war, the nation is impoverished and its future hangs in the balance. Despite its republican government, members of the former nobility and aristocracy still hold sway, desperately clinging to the vestiges of their power. An astute, sanguinary politician marches for presidency, and garners the favor of the rich and the powerful, becoming a force to be reckoned with. The promise of genocide hangs thick in the air and the heart of resistance beats within a singular, particular individual: Maria who, after an unexpected turn of events, results in becoming tangled in this epic struggle for freedom. She is then plunged into a series of unforgettable adventures, a journey accompanied by music, a cheerful, rebellious messenger, a bringer of sensual magic and madness that will guide her through the darkness of the newborn disaster striking her nation.