Here Are the Best Albums of 2015 So Far
Call him a pessimist, a cynic or just a plain old realist, but Father John Misty (real name Josh Tillman) is nothing if not searingly honest; his lyrics are packed with acerbic observations about himself and the world around him. The lyrics and music …
Read more on TIME

Music used to spark memories among dementia patients
Barbara Rashid sat in an armchair in a quiet nook of the Columbus nursing home, staring off into the distance. She didn't stir or react, even when … Last year, Ohio became the third state to join the growing Music & Memory movement made popular by …
Read more on Columbus Dispatch

'American Idol' sweeps into Athens
Season 14 runner up Clark Beckham hung out all day after driving six hours from Nashville to give auditioners a morale lift in Athens Sunday at the “American Idol” bus tour auditions. CREDIT: Rodney Ho/rho@ajc. … It helped that this was a bus tour …
Read more on Atlanta Journal Constitution (blog)

Rihanna vs Just Brittany: Is It Fair to Cry Plagiarism Over One of Hip Hop's …
MAYDAY MAYDAY, NAVY: Your queen Rihanna has been accused of jacking “Bitch Better Have My Money” from a lesser known Houston-based rapper, Just Brittany. As it turns out, nine months ago the latter artist released a mixtape, Something Different, …
Read more on Styleite

What Your Favorite Rihanna Lyrics Say About You, From "FourFiveSeconds" To …
When it comes to Rihanna, everyone knows that the feisty pop star says exactly what she wants—no holds barred, and she's just as candid with her music. I routinely bop along to a number of her songs, but I have to admit that some of the lyrics tend to …
Read more on Bustle

Is Rihanna's American Oxygen an anthem for Eric Garner?
Another less cynical hypothesis is that maybe Rihanna wants to move past her commercial dance tracks and actually comment on today's society. Do the lyrics “breathe in/breathe out” comment on last summer's death of Eric Garner and the rallying cry “I …
Read more on The Guardian (blog)

from The Jazz Vault: Lyric, Vol. 7

Songwriters Hall of Fame Honors Hunter and Garcia, Tuneful Wizards of the …
The spare, crystalline lyrics to “Dark Star,” complete with a respectful echo of the opening of T. S. Eliot's “The Love Song of J. Alfred Prufrock”—“Let us go then, you and I,” versus Hunter's “Shall we go, you and I, while we can”—catalyzed the song …
Read more on Daily Beast

So Help Us God: Where's Kanye West's New Album?
Listeners are well aware of his God complex, his ruthless ability to steal the spotlight (literally and figuratively), and his… well, let's call them creative opinions. But as soon as 'Ye started dropping hints about a new album — title clearly … a …
Read more on SPIN

The Voice's Kimberly Nichole Talks 'What's Up,' 'House of the Rising Sun' and …
I was performing random gigs with my band in New York, but my consistent job was at a club called The Box; it's like a burlesque Moulin Rouge, very risqué, and I was the MC for two or three years. That did not involve me singing my original songs, but …
Read more on TVLine

Newmarket Nights: 23 reasons why Kylie Minogue is the ultimate queen of pop
Remember that time she magically materialized in a glitzy green dress as an absinth fairy in Baz Lurhman's musical Moulin Rouge? If only they'd let her dub Nicole Kidman's lines. 6. She had Doctor Who … The Guardian called 2014's record, Kiss Me Once …
Read more on Cambridge News

Lots of ooh la la at the Moulin Rouge in Paris
I emerged onto the Boulevard de Clichy, where the center pedestrian island provided a view of Paris' red-light district, a sea of signs for sex shops and massages, Le Folies Pigalle, La Diva, and the Musee de l'Erotisme, before the telltale Moulin …
Read more on Philly.com

A rumble in Coronado
“Occasionally, we will need to go out and find a unique need for something, but 'Les Misérables' was all San Diego-based actors and orchestra.” Out of the 32 … 26, 1957, with music by Leonard Bernstein and lyrics by Stephen Sondheim. It won three …
Read more on U-T San Diego

Valdosta > PSST! Presents “Les Misérables”
Based on Victor Hugo's novel and featuring book by Alain Boublil, book and music by Claude-Michel Schönberg, and lyrics by Herbert Kretzmer, “Les Misérables,” according to Musical Theatre International, “is an epic and uplifting story about the …
Read more on ValdostaToday.com

Shut Up, You Fucking Baby! 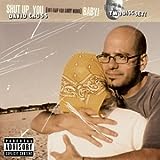 This double CD is Sub Pop’s first (intentional) comedy release, recorded during David’s 2002 national tour. He and Bob Odenkirk were the men responsible for HBO’s popular comedy series, “Mr. Show”. Cross’ other credits include “Men In Black” 1&2, “Ghost World”, “Pootie Tang”, “Cable Guy”, “Waiting For Guffman”, and more. Disc one is enhanced with a trailer for his 2003 DVD release. 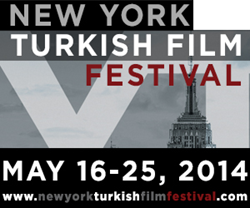 The Moon and Stars Project, the arts & culture program of The American Turkish Society, is proud to present the 13th New York Turkish Film Festival. The festival will be held on May 16 – 25, 2014 at the School of Visual Arts Theatre. This years festival will build upon the success of A Space Between: A Panorama of Cinema in Turkey, a major retrospective of cinema from Turkey that featured twenty-nine films from 1958 to the present, which was co-presented by The Moon and Stars Project and The Film Society of Lincoln Center in 2012. This year, the film festival is made possible by its signature sponsor, Chobani, LLC, maker of Americas No. 1-selling Greek Yogurt brand, among other contributors.

Turkeys cinema is as rich and complex as is its society, history, and culture, and film opens a unique door to understanding this inspiring country. Believing in the power of cinema to bridge cultures, The American Turkish Society offers this valuable program to a growing audience each year, while also supporting and promoting the filmmakers of Turkey. This years festival will screen a selection of nine remarkable feature films, including two inspiring documentaries, and two collections of short films. The selected films address diverse themes such as poverty in the neighborhoods of Istanbul that have been subjected to gentrification, romance and human connection that transcend national borders, and identity issues concerning immigrant children.

Opening night kicks off on Friday, May 16 with the New York premiere of the visually stunning Butterflys Dream (2013) directed by Ylmaz Erdoan, Turkeys Oscar nominee for 2013. Mert Frat, one of the lead actors in the movie, will be present in person for a Q&A session after the screening. On the following day, tickets to either of the screenings, Yozgat Blues or Ships, include admission to the New York Turkish Film Festival Reception in the lobby of the SVA Theater from 7:00 – 8:30 p.m. on Saturday, May 17. The director of Yozgat Blues, Mahmut Fazl Cokun, as well as the director of Ships, Elif Refi, will be joining in person for Q&A sessions following their respective movies.

In addition to the seven other feature films, the festival will also feature two documentaries followed by panel discussions: My Child, an ambitious documentary by Can Candan, which sensitively explores the difficulties faced by families with LGBT children, and Girls of Hope, by Ayeg