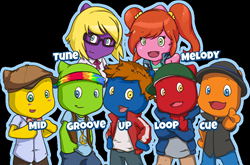 Designed for tech-savvy kids ages 4-10, this new App is robust and easy for kids to use. Fans can download videos and then play the first two albums of music. Videos available for viewing and download right now are “Summer Time,” “Everytime” and “Heaven” from the first album HEAVEN and “Well Make the World Shine” from the FIERCE album.

The band is developing a downloadable code that will allow fans to get all 12 of the music videos currently in development. When a manufacturer licenses the Geeh characters for their product, their customers then receive the code to download music, enhancing the licensors brand by delivering quality kids music with their products. This adds value and goodwill to brands through kid- and parent-friendly music, stories, and videos.

Flight of the Valkyries, America’s premiere female-fronted metal fest – the first of its kind in the U.S. – was forced to make a last-minute change when Blood Corps, an up-and-coming band from Virginia, experienced a brush with death.

According to festival co-founder Bobbie Jeans Dickerson, Blood Corps was on their way to do some promotion out of town when their bass player’s car caught fire on the highway. They managed to pull the car over and everyone scrambled out before the car was engulfed in flames. But the experience left the band shaken and in dire financial straits. (For more info on Blood Corps’ harrowing experience, see the band’s latest MySpace blog.)

“Our hearts go out to Blood Corps,” said Dickerson. “We absolutely understand why they aren’t able to be the opening act in the 2009 FLIGHT OF THE VALKYRIES (FotV) festival. There are no hard feelings. In fact, Nina Osegueda, Blood Corps’ vocalist, still plans to attend. We’re working out the details for a special performance with her as part of this year’s events.”

According to Dickerson, fans will be thrilled with Blood Corps’ replacement: Rott of Spirit Lake, Idaho. (http://rottband.com/; http://www.myspace.com/rottband).

“This band makes my blood run cold in an awesome way!” said Dickerson. “I’m excited to see them perform on our stage and kick off this year’s festival in true Flight of the Valkyries fashion. Fans are going to love these guys.”

Dickerson thanks Rott and their management at Ravenheart Music for working to fill this important role on such short notice.

Tickets for the Flight of the Valkyries festival can be purchased here: http://swordlordproductions.indietic…tomer/home.php

FotV has welcomed many female-fronted metal bands that have toured extensively abroad but haven’t had a chance to showcase their talents Stateside, bands that include both well-known and up-and-coming female-fronted bands such as Doro, Shadowside, Vainglory, and Dendura.

FotV is the first annual music festival of its kind in the US devoted to metal bands with female lead vocalists. The festival, which debuted in 2007, showcases all metal sub-genres with the only common denominator (and festival requirement) being that a female vocalist must front the band.

Fans are encouraged to visit The Official FotV forum on UltimateMetal.com to keep abreast of all the latest FotV festival news.

Arlene Nagler – The Other Side of Me

from Reflections (A Collection of My Lyrics)

NOTE: I know I messed up two parts of it! Artist: Sum 41 Song: Fat Lip Album: All Killer, No Filler Enjoy!

I own nothing used in this video and do not claim it as my own This video is for entertainment purposes and private entertainment only.) This is a request from my friend.
Video Rating: 4 / 5

Artist – Hey Monday Song Title – Homecoming Lyrics By – Caroline Sutton Enjoy =] GET OVER IT PEOPLE … YES THE H’s LOOK LIKE X’s … & YES IT DOES SAY CARVED & NOT CARYED (THAT ISN’T.
Video Rating: 4 / 5

Album review: 'Kintsugi,' Death Cab for Cutie
It's all heartbreak, no sunshine. That said, “Kintsugi” is more than just a mopey Gibbard endlessly waxing poetic about ex-wife Zooey Deschanel. The album's namesake is a Japanese artform in which broken pottery pieces are adhered back together with …
Read more on Dailyuw

Lithofayne Pridgon: Jimi Hendrix's original 'foxy lady'
“Fayne was a party girl, she liked to have a good time,” says Winona Williams, a former Wilhelmina model and girlfriend of Paul McCartney and David Bowie, who first met Lithofayne on the late-60s New York music scene through Hendrix and remains one of …
Read more on The Guardian

Toxteth man Timothy Brown detained indefinitely for killing the parents he …
The judge said it was not appropriate for him to comment about him presenting in a way which might suggest that he was deteriorating to such an extent that he should have been detained. "No doubt others looking back with hindsight will take on board …
Read more on Liverpool Echo

Profiles in Courage Profiles In Courage
(It's “you're” really hot, not “your.” You're. You are. Ugh.) We know that their horror stories often hit the same notes: the dates who “forget” their wallets, or show up looking nothing like their photo, talk obsessively about their ex, or down a …
Read more on Washington Post 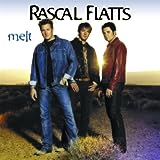